The Creature Works Studio is a 20 Year old custom puppet building and performing studio dedicated in producing high quality and memorable characters for all forms of media.

Tom Stewart, the CEO of The Creature Works Studio began performing puppet shows at church in 1990’s and by 1995 worked and volunteered for a variety of puppet companies. He also went to college for Film Production and worked in the film and television industry for 15 years.

Presently, Tom has many projects under development. Check out our latest stinger video for a new series we are working on called “15 Tales”

We create quality puppets that fit the needs of the performer to help bring their characters to life.

Do you need a custom character built for commercial or television/Internet/live productions? We will work with you to get you the highest quality puppet. Look below to view the puppets we offer and how to order them.

We have an extensive background in film and television and are able to see your production through from beginning to end. Contact us for more information!

Learn how to manipulate puppets properly and in a safe, non-judgemental class. Class date and times coming soon!

What we charge for puppets...

It takes a lot of hours to build a puppet character. Sometimes specific materials and tools are needed.  We decided to post our starting costs for our puppets. Being transparent and honest about our prices starts off our relationship on the right foot. Cost for puppets depends on needs and amount of work on the character you require. Please note that puppets that require mechanisms or special features increase costs.

Need a custom professional puppet built that is screen ready? These puppets are one of a kind, made flawless for live, TV, film or internet performances.
$1500 - Up

Send us a photo and let us work our magic! We will fashion a puppet to look like a family member, friend, co-worker. Great idea for retirements, parties, birthdays and anniversaries. Some custom work may be done for wardrobe and facial features.
$850 - Up

Click the link below to go directly to a brief questionaire regarding the character you require. Simply fill it out and we will get back to you. Thank You.

We use materials that are appropriate for smooth puppet manipulation and comfort for the performer. To create the exact character you request we can also implement other techniques such as 3D printing

Welcome to our Portfolio!

How We Create Your
Perfect Puppet

Once we have collected information about your character(s) we divide the work to our different specialists. We have a artist, seamstress and fabricator on hand to assist with the variety of disciplines needed to complete your puppet.

A contract is written up and once agreed upon our work begins.

The entire time we are building your puppet we walk you through the process and collect feedback at every stage. When the puppet is completed we track ship the character to you.

If you are interested in getting a quote please click on the link below and fill out the work form. Thank You.

Behind the scenes, Fun Stuff

Happy Holidays from our family to yours! #puppet

You know you’re a puppet builder when you’ve b

So for the last two weeks I have been dealing with

Big project the last couple of weeks. Today I got

Today I discuss how I organize my fabrics/fur! h 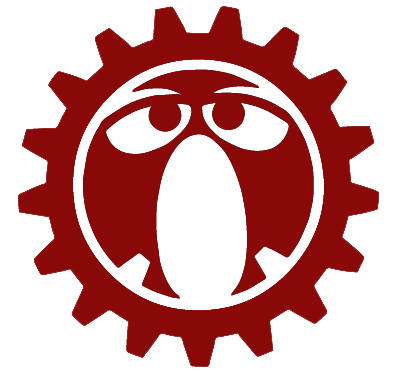